Chema Corvo is entitled Superior of Musical Pedagogy by the Conservatory Superior of Salamanca besides having the title of Professor of Piano and Solfege. Focusing 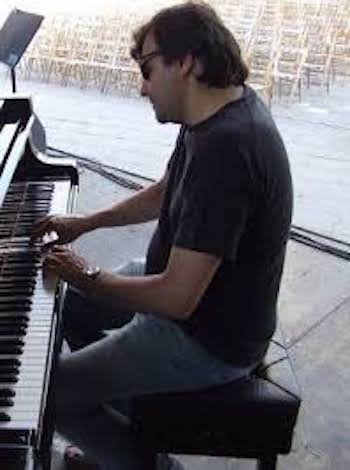 their training and musical activity towards the jazz piano and improvisation. He has studied with professors such as Horacio Icasto, Mariano Díaz and Polo Ortí. In the same line, has made several courses and seminars, among which include:

In 1990 he moved to France, where he studied Piano with Alain Motard in Bordeaux Conservatory, and later at the Ecole Normal de Musique in Paris, under the direction / supervision of Marguerite D'Arco. Enrolled in the School of Música Creativa in Madrid, he receives Modern Piano lessons from Ricard Miralles; Modern Harmony, with Claudio Gabis, and Composition and Arrangements with Eva Gancedo and Eduardo Laguillo. More recently, he has attended piano jazz classes with the Argentine Germán Kucich.

He has taught in several institutes of Secondary, as well as in various professional conservatories of Castilla and León (Salamanca, Zamora, Valladolid, Palencia).  He has taught Modern Piano and Keyboards in the Collective of Musicians of Salamanca (Spain).

He has taught at the "Big Band and Ensemble" courses of the University of Salamanca, during the academic years 2005 to 2010 and at the Katarina Gurska High School of Music in Madrid.

In his versatile role as a professional musician, he has been a member of several  ensemble of different style: blues, jazz, latin-jazz, tango, folk music. He has participated in several editions of the "Jazz en la Calle" in Salamanca and Santander. With the Newport Jazz quartet, he traveled to Palencia to be part of the program "Puestas de Sol", and in the I Festival International "Enclave de Música", in Barruelo de Santullán (Palencia).  He composed music for publicity and theater .

Actually he palys dixie music with the  “Keaton Dixie Band” www.couleurcafejazzquartet.com), and in the cuartet “Couleur Café” (www.myspace.com/couleurcafejazz),  and  manouche music in “The last quarter”, he recorded a CD “Mariquelo” with Ángel Rufino.